Itineraries to Pasadena: The Universalist Convention of 1915

For the 1915 United Universalist Conventions, train rides to Pasadena originated in Boston on July 1, with stops in New York in Albany, Syracuse, Rochester, and Buffalo along the way. The group arrived in Chicago on July 2, where they joined for lunch and a meeting at St. Paul’s Church on Prairie Avenue, before departing that night on the 6:10 PM train, with two Pullman cars devoted to the traveling Universalist. Along the way west, the train stopped in Denver and Salt Lake City, where a “sightseeing automobile tour” allowed the visiting religious liberals to see the sights of the region’s distinctive Mormon culture.  In southern California, travelers would travel “from the Desert with its weird formations to the beautiful fertile Southern California with Orange Groves, Flowers, Bungalows and attractive towns, all in one day.” The Pullman trains arrived in Pasadena on July 5th, and the conference took place between July 6-11, 19195.

Brochures described the event as “the largest Missionary Enterprise we have ever attempted,” but one which required 200 attendees to be a success, since the entire group had to travel together. “Talk this up at all of your church gatherings and find all the people in your neighborhood who are thinking of going,” the organizers urged.

Advertising materials for the train journey made it clearp that this was no utilitarian jaunt; the planners arranged three sittings in the dining car for the enjoyment of passengers. However, it was during the return journey that the pleasure portion of the journey stood out most clearly. The journey via the Grand Canyon promised a drive on the rim of the canyon, “offering an opportunity of seeing some of the Abysses, Chasms and gigantic formations from several points.” 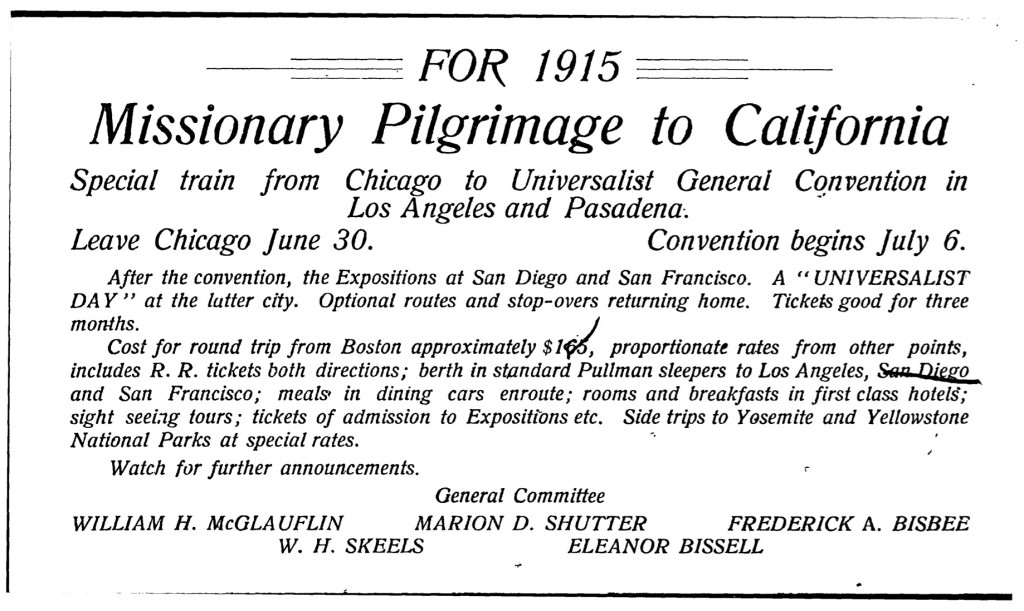 The itinerary for the tour described, first, the routes to the convention:

In addition to the United Universalist Conventions in Pasadena, the conference organizers wanted to make it possible for visitors to the Pacific Coast to take advantage of other expositions occurring at the same time. Specifically, the 1915 Panama Exposition in San Francisco, took place a few days after the Universalist conventions. Convention organizers included information about traveling to this historic event in their publicity information, as shown in the following flier.

Finally, the convention organizers ensured participants that they would provide a return trip home towards the East, in whatever city that might be, with scenic stops along the way. 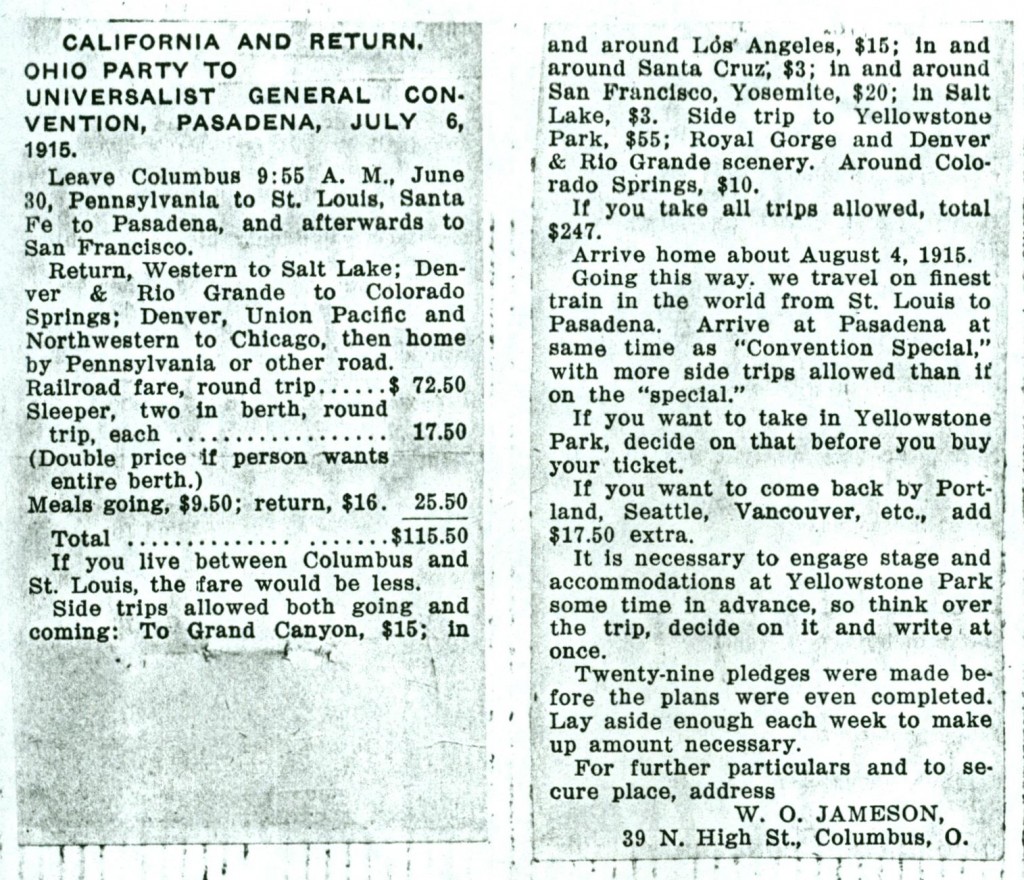