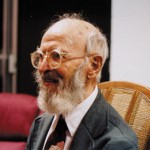 In this anthology, writings by Charles Hartshorne reveal God not as a supernatural force but as the deathless cosmic life of which our lives are a part; including his reflections on death, abortion, and process theology. 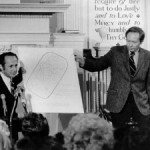 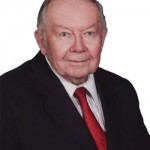 Is God Necessary? by Herb Vetter

The question addressed in this book  is not a new one but is of perennial importance. What is new is that a great new discovery answers this question decisively in the twenty-first century as Darwin’s theory of evolution did in the nineteenth century. 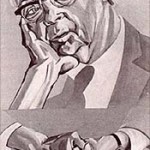 This comprehensive collection of texts by and about James Luther Adams covers the amazing range of thought by Unitarian Universalism’s most beloved social ethicist and theologian.  Exclusive to Harvard Square Library. 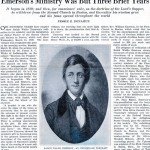 This HSL exclusive presentation draws from a series of programs and resource materials developed for the Emerson bicentennial in 2003. 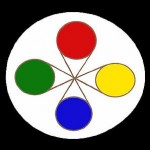 Symbols of Power by Herb Vetter

In this online exhibition of artwork that has previously appeared in the Andover-Harvard Library at the Harvard Divinity School, Herbert Vetter uses colors and geometrical patterns in an attempt to convey a variety of abstract themes and religious thoughts.