The Ingersoll Lectures on Human Immortality 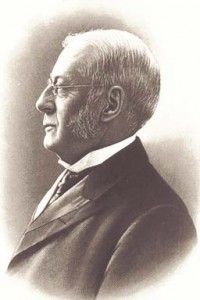 The Ingersoll Lectures on Human Immortality were initiated by president Charles W. Eliot in 1896. Some of the lecturers invited by Harvard in the century from 1896 to 1996 were philosophers, including William James, Josiah Royce, and Alfred North Whitehead; among the religious leaders were Harry Emerson Fosdick, Rabbi Louis Finkelstein, Fr. Georges Florovsky, Howard Thurman, and Paul Tillich. Others included psychiatrists Elisabeth Kubler-Ross and Robert Jay Lifton; anthropologists Clyde Kluckhohn and Mary Douglas; historians George Foot Moore, John Fiske, and Harry A. Wolfson. A classification of the primary fields of knowledge of the various lecturers follows:

Fields represented by a single lecturer are foreign affairs, business, literature, Sanskrit, Near Eastern studies, and Japanese Zen Buddhism (the first interpretation by an American, 1908).

There have been no speakers from the fields of law, American government, the visual arts, the performing arts, architecture, the environmental sciences, and technology (including military science and communication).

With regard to any known formal religious identification, most of the lecturers have been white, liberal Christian Protestants. There have been no evangelical Protestants and no speakers representing Roman Catholicism, but there was one Eastern Orthodox Christian representative. Four lecturers explicitly expressed Jewish identity. The only speaker from Asia, was an admiring Chinese student of American philosopher John Dewey.

There have been five women lecturers, one of whom was the second black speaker in the series. Three of the lecturers were Canadian. Eight were European: five German and three British. There have been no Hispanics, i.e., no Americans south of the border.

Thirteen of the Ingersoll lecturers immigrated to the United States from other countries: four from Scotland, two from England, two from Germany, two from Russia, and one each from Iceland, Switzerland, and Lithuania.

Another way of viewing this series on immortality, one index of the changing reputation of religion and higher education at Harvard during the past century, is to consider how the lectureship met the requirement that each lecture be published for distribution. For the first 39 years, these lectures were published as books. From 1896 to 1912 they were issued as regular trade books by the Houghton Mifflin Company of Boston and New York. From 1914 to 1935 a university press, namely Harvard, published each lecture as a book. Since then, the lectures have been published in the Harvard Divinity Bulletin, read primarily by the school’s alumni/ae and students. Alternatively, there occasionally were articles in the Harvard Theological Review, which is read by scholars. It is vital to note that some of the lectures also appeared as chapters of books with other work by the authors. In general, however, these changes in mode of publication define the decrease of interest in the subject of immortality throughout these 100 years. This trend is also visible in the fact that initially the president of the university was the host who invited the lecturers. Gradually the responsibility for this endowed lectureship shifted from the office of the president to one of the university’s professional schools, the change being formalized in 1979 when the Harvard Corporation transferred the Ingersoll Endowment to the Divinity School. This change with respect to publication correlates with the shift in the place of delivery of the lectures: from the university’s centrally located largest indoor space, Sanders Theatre, to a peripherally located divinity lecture hall.

What is the trend in the reputation of human immortality at Harvard, as seen in the treatment of the Ingersoll Lectures in successive editions of the Encyclopedia Britannica? The 1910 edition devotes three pages to immortality, naming four Ingersoll lecturers: George A. Gordon, William James, Josiah Royce, and John Fiske. The 1929 edition lists exactly the same four in its two-and-a-half page text. The same amount of space in 1959 cites three lecturers: William Ernest Hocking, Sir William Osler, and Julius Seele Bixler. In 1985 there is only a half-page article, which lists no Ingersoll lecturers. This article concludes: “During the 20th century, the concept of immortality waned as a philosophical preoccupation.”

In this brief review of centenary trends, one primary shift in the addressed subject matter may be noted: the change from concern about the pros and cons of human immortality (defined as personal survival after death) to the collective fate of human life on earth. In the decade of the 1990s, for example, Marian Wright Edelman, in her address entitled “Leave No Child Behind,” never once used the word “immortality.” The same is true of Steven T. Katz’s lecture which concentrated on the Holocaust and the future of the Jewish people who, of all people everywhere, “were intentionally singled out for total physical eradication.” Dr. Jonathan Mann’s “Health, Society and Human Rights” address noted that the word “immortality” was never spoken in either his medical or public health training. He focused on the new global AIDS epidemic and said our struggle for health and human rights on earth may be “our small taste of immortality.” His focus was not unlike that of Dr. Robert Jay Lifton, who spoke of “The Future of Immortality” in 1985. He said his thoughts about immortality began when he was working with survivors of the unprecedented Hiroshima nuclear holocaust. He concludes that our supreme task is to contribute to maintaining the planet: “The future of immortality, if it and we are to have a future, exists within us now, here—at this very moment and this place.”