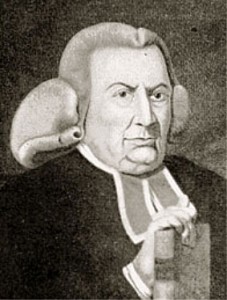 1782 – Charles Chauncy published The Mystery Hid from Ages and Generations, or, the Salvation of All Men. He was a Unitarian minister who adopted the Universalist position of universal salvation. He argued that the punishments of Hell are not eternal and that eventually all people will be redeemed. Read more about Charles Chauncy.