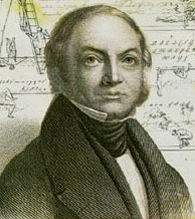 1796 – Charles Theodore Christian Follen was born in Germany. After fighting in the German-French war, he became a distinguished lawyer; professor at Cantonal School in Grisons, Switzerland; and lecturer at the University of Basel. Follen came to America to teach German at Harvard University. Under the influence of William Ellery Channing, he became Unitarian and founded the Free Christian Church in East Lexington, Massachusetts. Before the church was dedicated, Follen died at sea on January 13, 1840, when the steamboat Lexington burned on Long Island Sound. Read more about Charles Theodore Christian Follen.