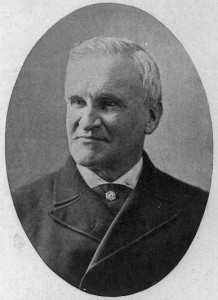 1823 – Francis Parkman Jr. was born in Boston, Massachusetts. The son of a Unitarian minister, Parkman traveled extensively in the western United States in spite of physical ailments that left him a semi-invalid. He was a prominent historian and wrote The Oregon Trail (1849) and History of the Conspiracy of Pontiac (1851). Later he published seven books that traced the struggle between the British and the French for control of North America. Read more about Francis Parkman Jr.