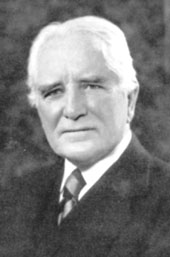 1860 – Lawrence Pearsall (L.P.) Jacks was born in Nottingham, England. Under the influence of Joseph Estlin Carpenter and James Martineau, he became a Unitarian. In 1903, Jacks became a professor at Manchester College, where he was later principal, from 1915 until his retirement in 1931. He was also editor of the Hibbert Journal from 1902 to 1948. He wrote numerous books, including the philosophical parables in Mad Shepherds.