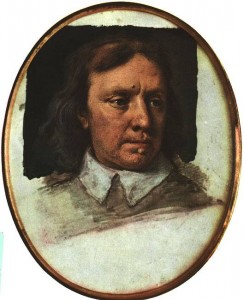 1655 – Having determined that John Biddle was so controversial that any court decision on his case would endanger the Puritan government, Oliver Cromwell, the lord protector of England, exiled and imprisoned him on the Scilly Isles. Cromwell released Biddle three years later at the request of friends. Biddle is known as the “father of English Unitarianism.” His Two-fold Catechism was a theological treatise on Unitarianism, comprised of A Scripture Catechism and a brief Scripture Catechism for Children.