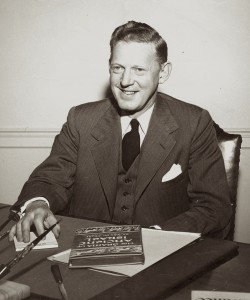 1929 – Ernest William Kuebler was born. Educated at Boston University and Yale University, he served the American Unitarian Association and the Unitarian Universalist Association in many capacities, especially in religious education. With Frederick May Eliot and Sophia Lyon Fahs, Kuebler was instrumental in overhauling Unitarian religious education. He served as executive vice president of the AUA and director of the Education Department of the UUA, among many other roles.