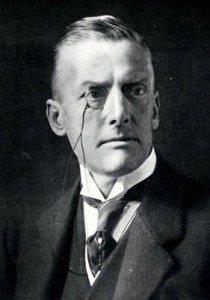 1863 – Joseph Austen Chamberlain was born, the oldest son of Joseph Chamberlain. He followed the Unitarian family tradition in religion and politics. He was chancellor of the exchequer, secretary for India, and a member of Lloyd George’s War Cabinet, Lord Privy Seal, leader of the House of Commons. King George V knighted him in 1925, the same year that he shared the Nobel Peace Prize with Charles Gates Dawes for negotiating the Locarno Pact.