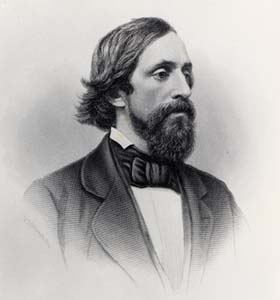 1822 – Samuel Johnson was born in Salem, Massachusetts. A graduate of Harvard College and Harvard Divinity School, he was a regular preacher at Unitarian churches in eastern Massachusetts for several years. In 1853 he became the minister of the Unitarian church in Lynn, Massachusetts, where he remained utnil 1870. Johnson published Book of Hymns (1846) with Samuel Longfellow and later Hymns of the Spirit (1864). A transcendentalist and abolitionist, he wrote three volumes on Oriental Religions. Read more about Samuel Johnson.