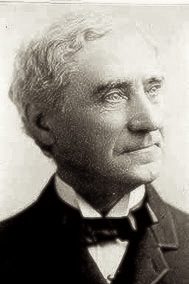 1895 – The Unitarian preacher Octavius Brooks Frothingham died at age 73. He was ordained by the North Church in Salem, Massachusetts, where he became an eloquent preacher. As he became more radical, friends in New York organized for him the Third Congregational Unitarian Church, where he served ever-larger gatherings from 1859 to 1879. Frothingham wrote Transcendentalism in New England (1876) and Boston Unitarianism 1820-50 (1890). He founded the Free Religious Association. Read more about Octavius Brooks Frothingham.