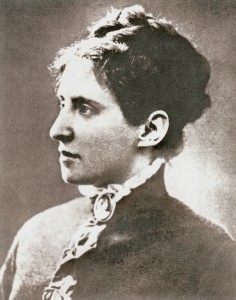 1850 – Charlotte Garrigue Masaryk was born in Brooklyn, New York. Her family belonged to First Unitarian Church of Brooklyn. While studying piano in Germany, friends there told her about Thomas Masaryk, whom she married in 1878. The couple moved to Prague, Czechoslovakia, where Thomas fought for his country’s independence and Charlotte devoted her time to social problems. Thomas became the first president of Czechoslovakia. Read about the Masaryk family in the biography of John Howland Lathrop.