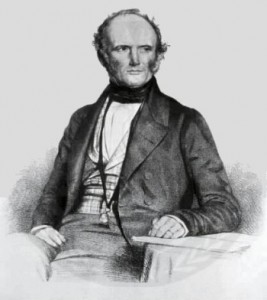 1797 – Sir Charles Lyell was born in Kinnordy, Forfarshire, England. He was a lawyer who became an eminent geologist and antrhopologist. Lyell worked to reconcile science and religion. Queen Victoria knighted him in 1848. Lyell worshiped at Little Portland Street Chapel (Unitarian) in London. On his trips to America, he became acquainted with New England Unitarians, and attended Unitarian churches in America.