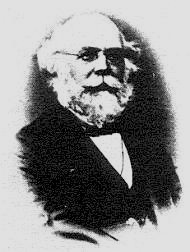 1813 – Henry Solly was born in London. Reared Unitarian, he was a member of the first class at University College in London that would receive Unitarians. He became minister at the Unitarian chapel at Yeovil, Somerset, England, He founded the Working Men’s Clubs, the Charity Organisation Society, and the Garden City movement. His main concerns were for the welfare of working men and the poor, universal suffrage, education, temperance, and the abolition of slavery.