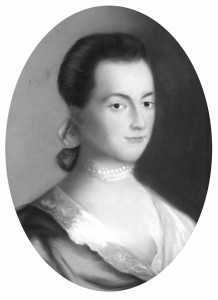 1744 – Abigail Smith Adams was born in Weymouth, Massachusetts. She was the wife of John Adams, second president of the United States, and the mother of John Quincy Adams, the sixth president. One of the most distinguished and influential first ladies in U.S. history, she advised her husband on many issues and worked for social justice and abolition of slavery. A devoted Unitarian, Adams was noted for her serene religiosity. Read more about Abigail Smith Adams.