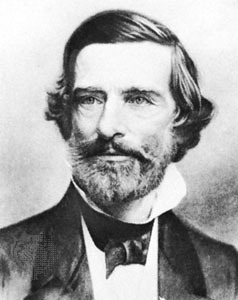 1801 – Samuel Gridley Howe was born in Boston, Massachusetts. He founded the New England Asylum for the Blind in 1832, renamed the Perkins Institution. Howe also wrote textbooks for teaching the blind, and the principles he drew up for Massachusetts became a national model. He worked for prison reform and founded the abolitionist journal Commonwealth with his wife, Julia Ward Howe. Howe was a member of a church in Boston founded by Unitarian minister James Freeman Clarke.