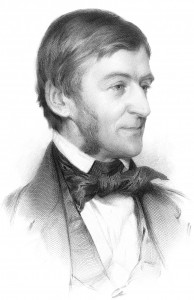 1803 – Ralph Waldo Emerson was born in Boston, Massachusetts. Emerson became the minister of Second Church (Unitarian) in Boston. Not satisfied as a minister, Emerson resigned after three years and moved to Concord, which remained his home for the rest of his life. His first book, Nature, appeared in 1836. He is best known for his essays such as “Self-Reliance,” “The American Scholar,” the “Divinity School Address” at Harvard in 1838, and as a Transcendentalist philosopher. Read more about Ralph Waldo Emerson.