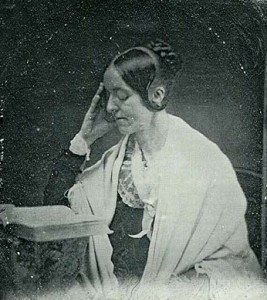 1810 – Margaret Fuller was born in Cambridge, Massachusetts. A strong feminist, she wrote her pioneering feminist tract, “Women in the Nineteenth Century,” in 1845. She was a friend of Ralph Waldo Emerson and George Ripley; contributed poetry and reviews to and edited the Transcendentalist journal The Dial; and became a literary critic for the New York Tribune, edited by Horace Greeley. Fuller and her family were killed in a shipwreck on their return from Italy. Read more about Margaret Fuller.