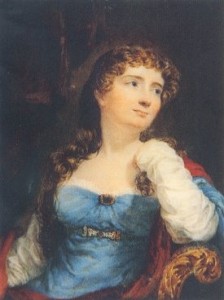 1792 – Anne Milbank was born. She became the wife of the poet Lord George Gordon Byron, but she was also a poet herself, as well as a mathematician, metaphysician, and noted philanthropist. Milbank established schools, gave asylum to fugitive slaves, and worked for the higher education of women. She attended Essex Street Chapel (Unitarian) in London.