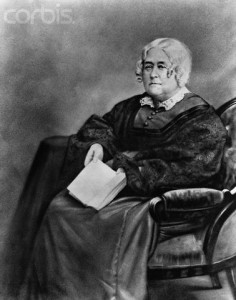 1804 – Elizabeth Palmer Peabody was born in Billerica, Massachusetts. She opened a school in Lancaster at the age of 16 and two years later began a school in Boston. She became a friend of William Ellery Channing, and served as his private secretary for nine years. Part of the Transcendentalist inner circle, she opened a bookstore in Boston that became the hub of Transcendentalist activities in 1839. She also established one of the first kindergartens in America in 1860. Read more about Elizabeth Palmer Peabody.