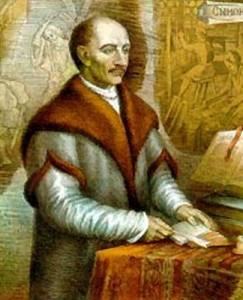 1582 The debate between Simon Budny and the Catholics began at the Synod of Iwie in Poland. His view was that Jesus was born naturally and was not an appropriate object of worship. Budny translated the entire Bible from Hebrew, Greek, and Latin into Polish (1572). He gained a large following despite being denounced and excommunicated.