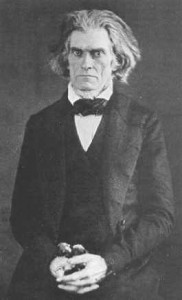 1850 – John Calhoun, who served as U.S. secretary of war and secretary of state, died at age 68. He was a charter member of All Souls Unitarian Church in Washington, D.C. Born in South Carolina, he was appointed secretary of war by James Monroe and was twice elected vice president, first under fellow Unitarian John Quincy Adams and then Andrew Jackson. In 1859 he pressed for, and President Millard Fillmore signed, the Fugitive Slave Law. Calhoun wrote The Philosophy of Government. Read more about John Calhoun.