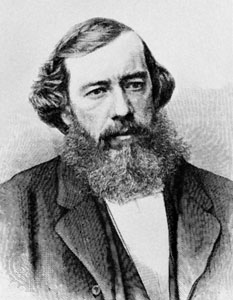 1958 – Moncure Conway was born in Stafford County, Virginia. Ordained a Unitarian minister in 1855, he became a minister in Cincinnati, Ohio. Conway’s house was a station on the Underground Railroad, and in 1862 he resigned the minstry to devote himself to the cause of abolition. He became minister of South Place Chapel (Unitarian) in London and wrote numerous books about religion and slavery, including his two volume Autobiography: Memories and Experiences. Read more about Moncure Conway.