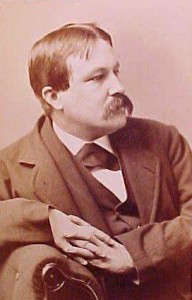 1837 – William Dean Howells was born in Martins Ferry, Ohio. He had little formal education but was determined to become a writer and studied on his own. In 1866, he began his long affiliation with The Atlantic Monthly, becoming editor in chief in 1871. A Unitarian, he also helped establish the National Association for the Advancement of Colored People (1909).