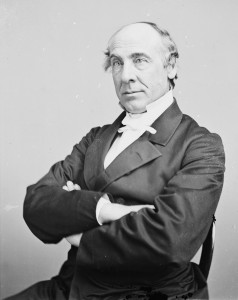 1867 – Under pressure from the Rev. Henry Whitney Bellows of the Unitarian Church of All Souls in New York City, U.S. Secretary of War Simon Cameron signed a document authorizing the U.S. Sanitary Commission, whose purposes were to provide for the care of wounded Union soldiers in the Civil War and to assist them in communicating with their families. Bellows was appointed the Commission’s president. Read more about Henry Whitney Bellows.