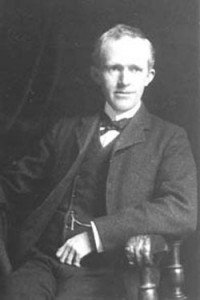 1857 – Samuel McChord Crothers was born in Oswego Illinois. Originally a Presbyterian, after his thinking turned Unitarian he secured a pastorate in Brattleboro, Vermont, then in St. Paul, Minnesota, and finally in Cambridge, Massachusetts, where he remained for 33 years. With a gentle sense of humor, he won fame with his books of sermons and essays. He received many honors, including four honorary degrees. Read more about Samuel McChord Crothers.