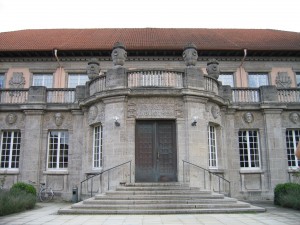 The Library at Universität Tübingen

1557 – Matteo Gribaldo, a former Catholic teacher and professor of civil law at the University of Tübingen, Germany, was tried there for his anti-Trinitarian views. He had been in Geneva during the martyrdom of Michael Servetus in 1553. He tried to intervene with John Calvin on behalf of Servetus but was expelled from Geneva as a result. Further persecution looked imminent and he fled to Grenoble, France, where he remained until his death.