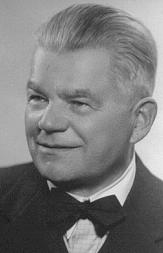 1870 – Norbert Čapek was born in Bohemia (now the Czech Republic). After a Roman Catholic childhood and early career as a Baptist minister, he converted to Unitarianism and became one of its leaders. During World War II, he was imprisoned by the Germans in 1942 and murdered at Dachau for speaking out against the Nazis. Capek devised the Flower Communion, now widely used in Unitarian Universalist churches, saying it showed that even in the worst times, we can still share beauty. Read more about Norbert Čapek.