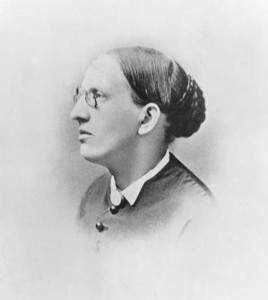 1822 – Caroline Wells Healy Dall was born in Boston. An advocate of women’s rights, she championed women’s suffrage, education, and economic and marital rights. She attended Ralph Waldo Emerson and Margaret Fuller’s “conversations” and was inspired by Elizabeth Peabody and Theodore Parker. In 1844, she married Unitarian minister Charles Dall. When he left to become a missionary in India, she began to write and lecture for a living, becoming co-editor of the country’s first feminist journal, The Una.