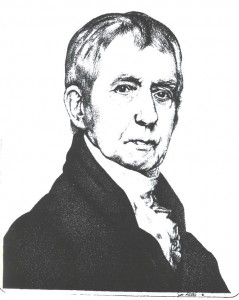 1823 – Judge Harry Toulmin died. A member of a prominent Unitarian family, he became the Unitarian minister in Chowbent, but his support of the French Revolution forced him to flee to America with Joseph Priestley. There he met Thomas Jefferson and James Madison and was elected president of Transylvania University in Kentucky. In 1804, he was appointed judge of the Federal court of Mississippi. He also helped to write the Constitution of Alabama.