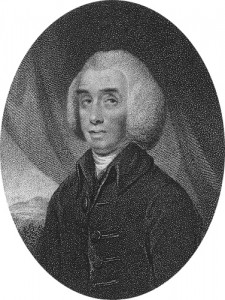 1825 – Theophilus Lindsey was born in Middlewich, Cheshire, England. He left the Anglican Church and founded the Essex Street Chapel in London, the first Unitarian chapel in England. He edited The New Testament in An Improved Version, an important translation influenced by higher criticism that played a significant role in subsequent trials in England over the positions of Unitarians. Lindsay was memorialized in Memoirs of the Late Reverend Theophilus Lindsey, M.A., Including a Brief Analysis of His Works.