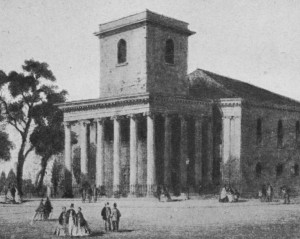 1785 – The proprietors of King’s Chapel in Boston voted 20 to 7 to become Unitarian. The congregation revised the Book of Common Prayer to omit all references to the Trinity. “Thus,” wrote Francis W.P. Greenwood, “The first Episcopal church in New England became the first Unitarian church in the New World.”