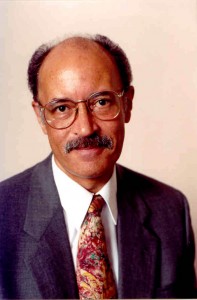 1946 – William Sinkford was born in San Francisco. He became an active Unitarian in Cincinnati, Ohio, and participated in Unitarian groups as an undergraduate at Harvard, where he was room mates with future UUA president John Buehrens. While he became head of the Liberal Religious Youth, he felt betrayed when the UUA withdrew initial urging for reparations from white churches. He began working again for the UUA in 1994 and was elected its first African-American president in 2001.