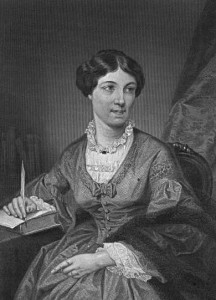 1802 – Harriet Martineau was born in Norwich, England. A well known novelist and economist, she wrote several books including one about her journeys in America. A fervent Unitarian in her early years, she broke with her Unitarian theologian brother James over her devotion to the positivist philosophy of Auguste Comte, which predicted that theological belief would give way to science.