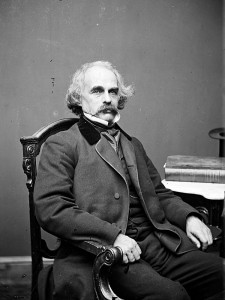 1804 – Nathaniel Hawthorne was born in Salem, Massachusetts. He was an enormously influential early American writer. His works include Twice Told Tales, The Scarlet Letter, House of the Seven Gables, and Mosses from an Old Manse. Hawthorne married Sophia Peabody, sister of Elizabeth, and belonged to Transcendentalist circles. He worked at a variety of government jobs and served as American consul in Liverpool, England. Read more about Nathaniel Hawthorne.