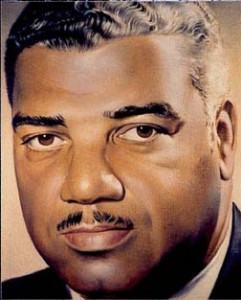 1921 – Whitney Young was born in Lincoln Ridge, Kentucky. He served in World War II and studied engineering at the Massachusetts Institute of Technology. After he earned an MSW from the University of Minnesota in 1947, he joined the St. Paul Urban League. He became executive director of the Omaha Urban League in 1950, and then moved to New York to become executive director of the National Urban League (1961-1971). Whitney was a member of the Community Church (Unitarian) in White Plains, New York. Read more about Whitney Young.