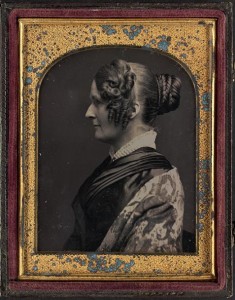 1806 – Maria Weston Chapman was born in Weymouth, Massachusetts. She was educated in London and in 1828 became principal of Ebeneezer Bailey’s Young Ladies’ High School. In 1830, she returned to the United States and married Henry Chapman, an abolitionist. They were members of the Federal Street Church during the ministry of William Ellery Channing. Chapman and 12 other women founded the Boston Female Anti-Slavery Society.