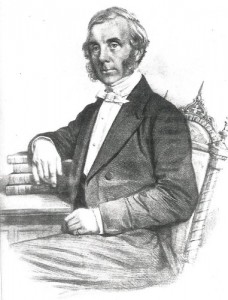 1805 – William Gaskell was born in Latchford, England, to a family who attended Sankey Street Unitarian Chapel in Warrington, then called “the cradle of Unitarianism.” He served for 50 years as senior minister of Cross Street Chapel (Unitarian) in Manchester, where he helped to found Warrington Academy in 1751 to train Unitarian ministers, and later Manchester College. Gaskell was a scholar of the English language and dialects.