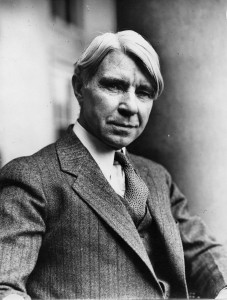 1967 – Carl Sandburg, a Unitarian poet and three-time Pulitzer Prize winner, died at age 89. Born in Galesburg, Illinois, he published his first book, Chicago Poems, in 1916, and won his first Pulitzer Prize (for poetry) for Cornhuskers, in 1918. Sandburg traveled around America traveling and singing folk songs, many of which were published in The American Songbag (1927). In 1940, he won his second Pulitzer Prize (for history) for his biography of Abraham Lincoln. His Complete Poems won him a third Pulitzer. Read “Prayers of Steel” by Carl Sandburg, or read about Sandburg and his wife, Lilian Steichen.