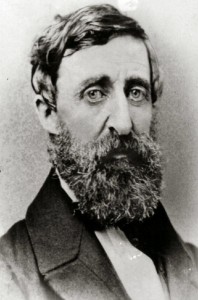 1817 – The Transcendentalist Henry David Thoreau was born in Concord, Massachusetts. Thoreau attended Harvard College. Only two of his books were published during his lifetime, A Week on the Concord and Merrimack Rivers and Walden. He was reared Unitarian and resigned his membership because he did not want to belong to any organization. He said he would resign from the United States if he knew how. Thoreau died of tuberculosis at the age of 44 and was buried at First Parish in Concord after a eulogy by Emerson. Read more about Henry David Thoreau.