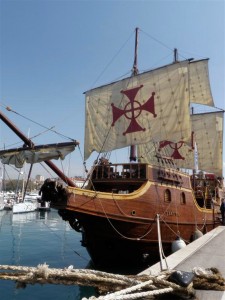 1566 – Ferancesco Sega de Rovigo was executed for being a member of the Unitarian society in Venice, Italy. He was a friend of Laelius Socinus and was influenced by Michael Servetus’s On the Errors of the Trinity. De Rovigo was taken by boat into the Adriatic Sea, weighted with stones, and dropped into the sea.