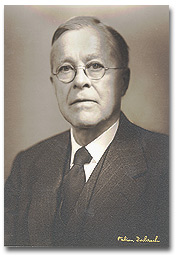 1875 – Henry Wilder Foote Jr. was born in Boston, Massachusetts. Foote, a Unitarian minister, was chairman of the Unitarian Commission on Hymns and Services, which, in a cooperative effort with the Universalist Commission on Hymns and Services, chaired by L. Griswold Williams, produced Hymns of the Spirit in 1937. This book was an important early milestone on the road to consolidation of the Unitarians and Universalists in 1961, as it was designed to appeal to both denominations. Read more about Henry Wilder Foote Jr.