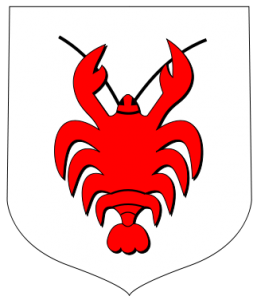 The coat of arms of Rakow, Poland

1622 – Valentine Smalcius, a minister, theologian, and activist, died at age 50. He was born in Gotha, Thuringia (now Germany). A Unitarian leader, he was friends with Faustus Socinus and became pastor of the Socinian Church in Rakow, Poland. Smalcius fought for tolerance of other Protestant groups such as the Lutherans and Mennonites in Poland. He wrote many distinguished works, including On the Divinity of Jesus Christ, Treatise on the Church, and The Mission of Ministers.