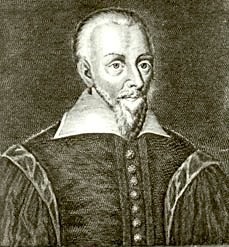 1563 – Sebastian Castellio died at age 48. He served as a preacher in Geneva and as professor of Greek literature at the University of Basel. Castellio was the primary defender of Michael Servetus, whom he never knew personally, after John Calvin had Servetus executed. He published theological works against Calvin’s thought and wrote Concerning Heretics against Calvin’s intolerance and his treatment of Servetus. He died from poor health, especially malnutrition, as a result of Calvin’s persecution.