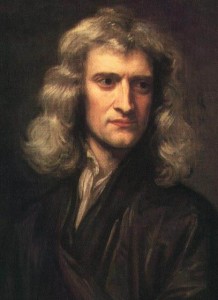 1642 – Issac Newton was born in Woolsthorpe, Lincolnshire, England. A genius in mathematics and physics, he invented calculus and worked on optical theory. Newton’s writings show that he was Unitarian in his theology. He was professor at Cambridge University, held various posts with the government, and served as a member of Parliament. A large statue of Newton is erected in Trinity College, Cambridge.