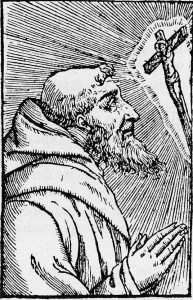 1563 – The anti-Trinitarian Bernardino Ochino was expelled from Zurich, Switzerland, at age 76 and in the middle of winter, for publication of Dialogues (1531). He had become a Unitarian late in life, and had spent 1547 to 1553 in exile in England under Edward VI. A translation of his book A dialogue on the unjustly usurped primacy of the Bishop of Rome is known to have influenced King Edward VI in his struggle to organize English Protestantism.