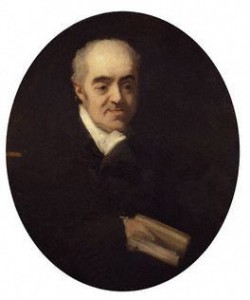 1855 – Samuel Rogers, an English Unitarian, banker, and poet, died at age 92. Born in Newington Green, London, he came from a prominent family of Dissenters. He would have preferred the ministry but followed the wishes of his father and joined him in banking. After his father’s death in 1793, he became a noted poet, political activist, and author.