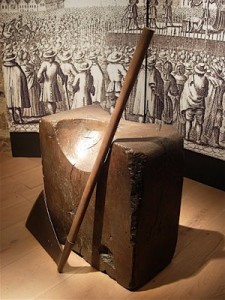 1523 – Ludwig Hetzer, a Protestant with Unitarian beliefs, published a treatise against the worship of images. He denounced the trinity, claiming that “the Father alone is the true God…” Hetzer was arrested, charged with impugning the doctrine of the Trinity by the Synod of Constance, and ordered beheaded and burned. The sentence was carried out the same day.