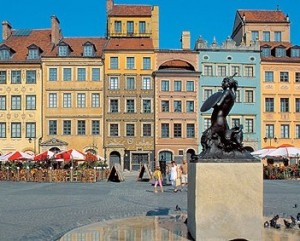 The Great Marketplace in Warsaw, Poland

1611 – Iwan Tyskiewicz, a Socinian, was executed in the great marketplace of Warsaw, Poland, for heresy. His tongue was cut out and one hand and one foot cut off before he was beheaded. Tysziewicz’s life would have been spared had he renounced his faith. He is considered the first martyr of Unitarianism as an organized movement.